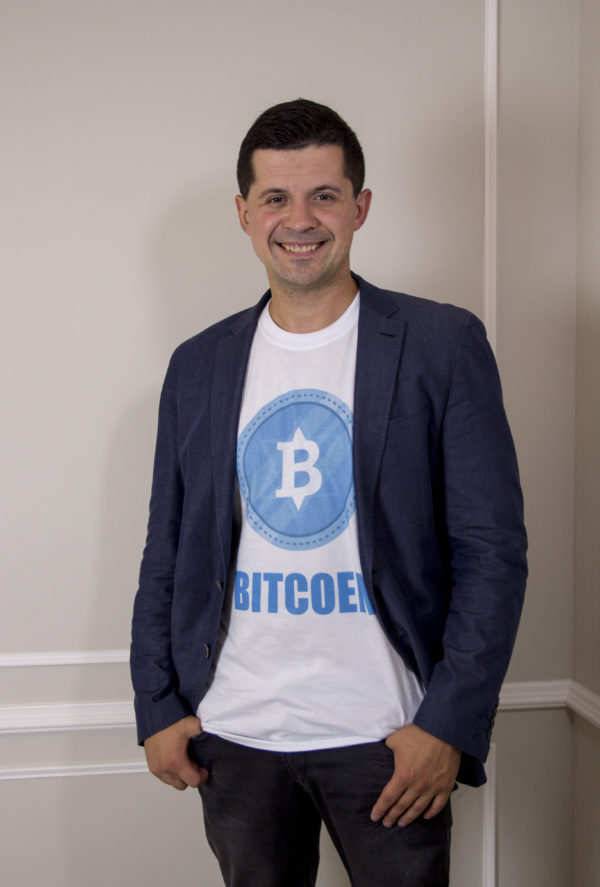 Bitcoen is a kosher cryptocurrency launched by the serial investor Vyacheslav Semenchuk. Investments into the project totalled $500,000. The BITCOEN blockchain was created by Semenchuk’s developers in three months. The work began in May of 2017.

*Coens or Cohens are the families of the Jewish clergyman estate, who trace their ancestry to the family of Aaron. Cohens first served as priests of the Tabernacle, and later in the Temple of Jerusalem. (Wikipedia)

– Today I see that everything I did over the last 15 years led to this project. Working with IT startups, I gathered an excellent team of developers and learned to sense the trends and understand society’s needs: we know what products are in short supply, and we can create them quickly and with high quality, – says Vyacheslav Semenchuk, discussing what led him to launch the Bitcoen project. – The search for investments for startups brought me into the orbit of many prominent businessmen, many of whom are Jewish. Plus, there were my own ambitions, as I had a goal of launching a billion-dollar project before I turn 30. Bitcoen will be worth more than a billion, it’s already worth at least $1.5 bln.

Theoretically, the creation of kosher cryptocurrency seems logical. There is a deeply-rooted international community (Jews) with its own “pain”: business is international, and they need an instrument for mutual settlements and charity donations. Historically, Jews live and work everywhere, but they always strive for autonomy.

“The Jewish community follows the development of new technologies with great interest. If the use of these technologies doesn’t contradict the norms of the Jewish law and helps to make people’s lives more comfortable, they are often put to good use by community’s members, – says Mikhail Lidogoster, press secretary of the Chief Rabbinate of Russia, commenting on Semenchuk’s startup. – Blockchains and cryptocurrencies are no exception. The leadership of the Jewish community has shown a certain interest in creation of a single kosher cryptocurrency. Right now the project is still in its early stages. We are creating an expert council that will discuss the necessity of introducing such currency into the Jewish community. The interest in this financial instrument is driven by the fact that it will take off the table a number of issues associated with the use of traditional means of payment and make convenient the settlements and agreements among community members”.

Bitcoen’s creator says that the cryptocurrency hasn’t held its ICO yet, but that his team has already received several bids.

“I came to the Chief Rabbi of Russia and told him about the project, – says Vyacheslav Semenchuk. – He replied that it’s all very interesting to them. Then I went to the top businessmen, and they also expressed interest. One of them even offered to buy out the whole issue, but, of course, we cannot do that”.

Between 15 and 20 mln coins will be issues through ICO, and it will take 5 years to introduce all 100 mln coins to the market. Each month, a million coins will come out.

“The only ones with power over the issue will be the Council of six, – explains Semenchuk. – It will include the respected leaders of the Jewish community, and only together they’ll be able to decide that a new tranche of bitcoens can enter the market”.

In the first day of the pre-ICO, Bitcoen team collected over $50,000. The purchases could only be made with other cryptocurrencies.

“At this stage, we didn’t take the fiat money (dollars, rubles, euros), – says Vyacheslav, – warding off 95% of the solicitors. We plan to raise $15-20 mln through ICO. In five years, Bitcoen’s capitalization should be $1.5 bln. The ICO date is set for October 9, 2017. Listing usually happens within a month after the ICO”.

But the business community isn’t so much interested in the forecasted, and thus so far unreliable, financial figures, as it is in the Council of six, the mysterious body that will control the new currency. Some of the media has already called the Council a supervisory body and practically accused the Bitcoen team of Jewish conspiracy.

“We knew full well how media would react to the very name, the “Council of six,” – says Semenchuk. – Obviously, there is no conspiracy. There is a product for the specific community, which helps this community to handle its problems. We set no limits – anyone can buy the bitcoens, but we assume that 90% of this cryptocurrency will be held by the Jews. The Council of six is a management structure that the target audience understands. It will include respected Jews from different industries. There is the main wallet, which contains the undistributed curency. The access (private key) to this wallet is divided into six parts that are provided on encrypted flash drives and kept by the six guardians, the members of the Council of six. The Council has two functions only. First, if they realize that the issue of a new bitcoen tranche from the wallet may hurt the current exchange rate, they may decide to temporarily delay the issue. The second function concerns the project’s team. The agreement envisions that the team would receive bonuses for achieving KPIs tied to the creation of this ecosystem, and the Council will be tasked with deciding whether our team is worthy of this bonus”.

Admittedly, the Jewish conspiracy isn’t the only accusation thrown at Semenchuk. The cryptocommunity is regularly shaken by controversies around the real authorship of the kosher cryptocurrency idea.

“Yes, the idea was in the air, and some businessmen even discussed it, – admits Semenchuk. – But we are the only ones to turn it into reality. From the legal point of view, the Bitcoen project is also irreproachable”.

In late August, an anonymous statement appeared on Wikipedia.

The Jewish community, it said, “is very aggrieved by the fact that Vyacheslav Semenchuk calls Bitcoen a kosher cryptocurrency. Vyacheslav also misinforms people when he says that the Chief Rabbi of Russia Berl Lazar agreed to introduce the currency into the Jewish community and to use it for payments”.

“As far as I know, none of the community’s members, authorized to speak in its name, has made any such statements”, Mikhail Lidogoster told Invest Foresight.