A month ago, Nikolay Evdokimov, Cryptonomics Capital fund founder, announced establishment of Decenturion, world’s first blockchain state. Over the time of its existence, the new state has got over 120K residents. On July 5, the first Decenturion congress in Russia took place in Moscow. At the congress, Decenturion passports were issued to one thousand of new citizens. 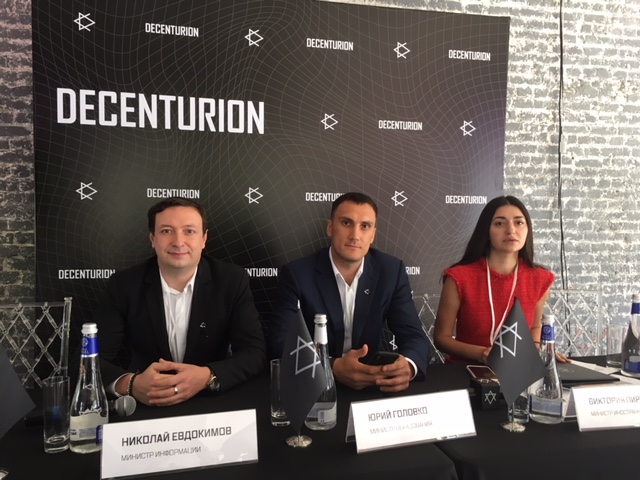 Decenturion is gathering lands and citizens

The new state’s establishment was announced on June 4 in the UN in New York, NY, USA. The declared goal is founding a state with the highest personal income in the world. There are many people willing to get its citizenship. Ten thousand new citizenship applications are now filed daily. Most of them come from China. Decenturion plans to have up to 30 million citizens (fivefold of Singapore). Russian nationals also showed some interest towards the new blockchain project and one of the large halls in Moscow’s Loft Hall social events center and the adjacent facilities were quite packed. Most of the people present there, had had no knowledge of any cryptoeconomics. The website of Decenturion contains no information on the founders of the new state, yet Nikolay Evdokimov, CEO at ICOBox and founder of Cryptonomics Capital fund, is considered to be the mastermind of Decenturion.

Nikolay Evdokimov was born and grew up in Moscow. In Russia, he launched SeoPult, a platform for attracting Internet advertizing. Ten years ago he moved to Thailand to support SeoPult expantion in East Asia. He lived in Singapore for two year and now resides in San-Francisco, USA, and heads Public Enlightenment Ministry of the blockchain state. His ICOBox has arranged over 120 ICOs, while his Cryptonomics Capital fund has attracted 22,000 investors.

The new state has got other ministries as well, including, among others, ministries of education, industry, trade, foreign affairs. The Education Ministry is headed by Yuri Golovko, member of the Russian Association of Cryptocurrency and Blockchain and CEO at Cryptonomics Capital. All in all, it is intended to have 50 ministries. At the moment, 250 media outlets have got accreditation with the Information Ministry. They make about a thousand publications about Decenturion a month. Russian reporters have also been offered a possibility to become Decenturion citizens.

The location of the state is blockchain, i.e. the virtual reality. Still, a real state can not exist with no real territory, therefore at the moment a deal is negotiated on a purchase of four islands for Decenturion in proximity of Malaysia’s capital, Kuala Lumpur. Each of the islands is about 18,000 square meters. Malaysia, Thailand and China may be the first ones to recognize Decenturion.

A state paying its citizens

Each new Decenturion citizen is promised an untaxed annual income of $25K. Where will the income come from? Decenturion will issue 30,000,000 tokens to be distributed among blockchain celebrities, evangelists, developers, scientists and first citizens. Each citizen will get Decenturion tokens (DCNT). According to the Decenturion Manifesto, until August 1 DCNTs will be granted free of charge. Still, as Nikolay Evdokimov explained to Invest Foresight, to become a citizen, one has to pay $1,000 per token. The more tokens a citizen has, the more votes such a citizen gets. Decenturion will be ruled by its people via smart contracts. The people of Decnturion will have votes pro rata the number of tokens in their ownership. 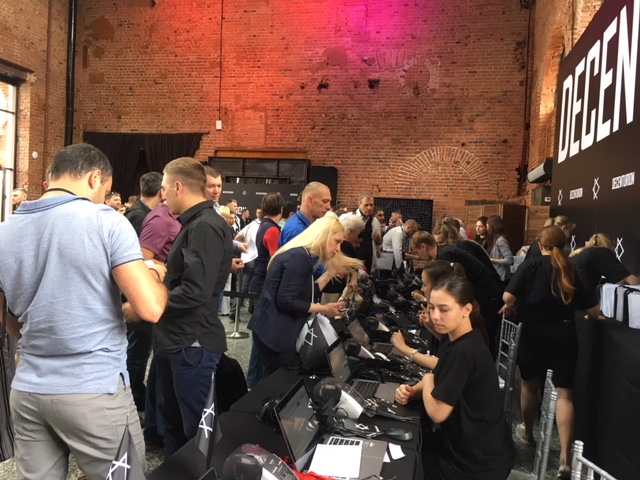 The first passports of the blockchin state were issued in May 2018 at Consensus conference in New York. Such well known cryptoindustry personalities as Vinny Lingham, Civic and IncuBeta projects founder, and Charlie Lee, Litcoin designer, and others were among Decenturion’s first citizens. On its webpage, Decenturion has published a list of 100 best known blockchain world personalities which are invited to join the state. Legal entities may become Decenturion residents as well. By 2018 yearend, 300 startups will get passports of the blockchain state, whereas by the end of 2019 their number can well reach 3,000.

Where will the money come from?

How will the state generate revenues for its citizens? Decenturion will get income from investments in startups. 300 startup will issue their futures tokens for their future products. The tokens of each startup will be worth $100 mio. 50% of such tokens will be distributed among the blockchain state citizens free of charge. Citizens are entitled to sell their tokens in the open market and thus derive some revenues. Decenturion will only grant residentship to those startups whose tokens, apart from being traded at exchanges, can already be used as real product covered instruments. Decenturion will bring to the said startups top class investors, blockchain apostles interested in promoting startups’ tokens simultaneously improving their wellbeing and ensuring cryptoeconomy’s prosperity. Each startup will get one million token users free of charge. Evdokimov disclosed the names of three of 18 startups which Decenturion has already got as its residents: Trade One, Bitrend Development and Unicom.

Evdokimov envisages the startups’ tokens will be managed by his fund, Cryptonomics Capital. That will make the overall process more efficient. The fund will be in charge of trading tokens, promoting startups, crediting accrued revenues to the citizens, etc.

It should be noted, Decenturion is not the first state which proclaims blockchain the foundation for its existence. Liberland, for instance, lives on cryptocurrency fees.

Are investments in a new quasistate reliable? Won’t the state turn into a financial bubble? There are no answers to that at the moment. In any case, Invest Foresight gives no recommendations to its audience regarding investing in tokens of this new exotic project.