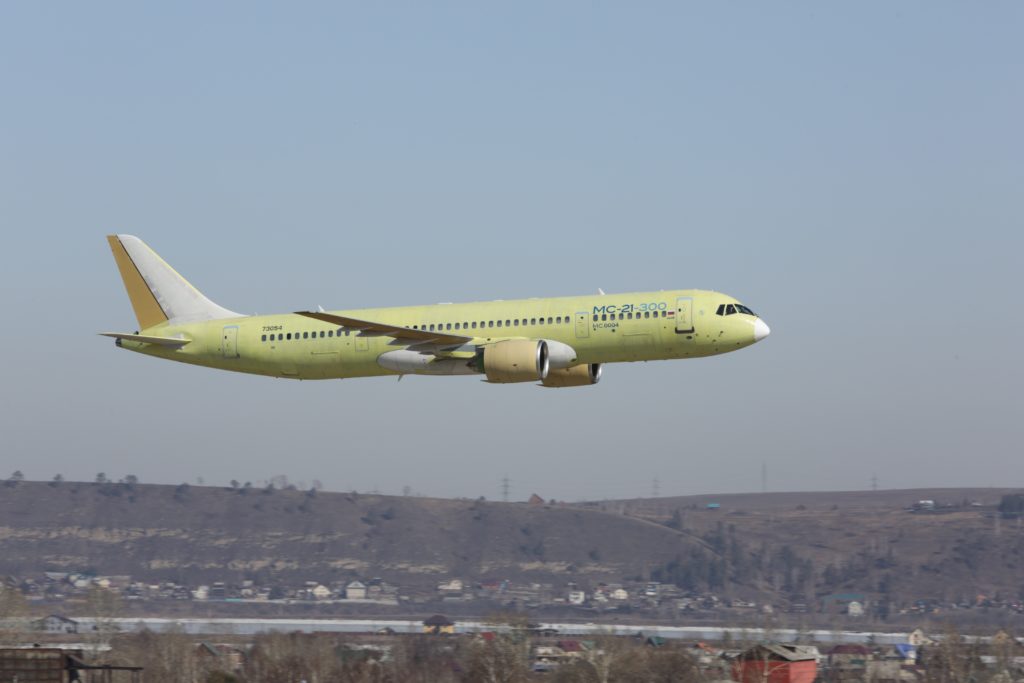 Minister of Industry and Trade of the Russian Federation Denis Manturov said:  “MC-21-300 flight tests are continuing. Today the third aircraft joined to them. On this plane, in addition to special testing equipment, a passenger cabin is installed“.

According to Denis Manturov, it was decided to hold the premiere public debut of the MC-21-300 aircraft with a passenger interior at the Moscow international aviation and space salon MAKS-2019.

“This will allow us to visually demonstrate to potential customers and future passengers one of the most important competitive advantages of the Russian airliner – an increased level of comfort,” – mentioned the Minister of Industry and Trade.

Yuri Slyusar, President of UAC and Irkut Corporation, added that in 2019 the fourth MC-21-300 prototype, built at the Irkutsk Aviation Plant, will join the flight tests.