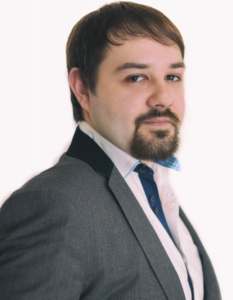 October 31 marked ten years since the Bitcoin concept author under the assumed name of Satoshi Nakamoto publicized the concept for the first time. The digital money does not require a third party such as the Central Bank. Bitcoin’s status is not clear yet. Meanwhile, The Bell business publication reports that 10% names on the Russian Forbes list invest in cryptocurrencies. In particular, Telegram founder Pavel Durov and Moscow City’s Federation Tower owner Roman Trotsenko believe in their future. Oleg Deripaska successfully sells power to cryptocurrency miners. According to analysts from BestChange.ru (the largest monitoring service for currency exchange), three most popular exchange directions of the past year included QIWI to Bitcoin (14%), Sberbank to Bitcoin (6%) and Bitcoin to Sberbank (5%). The second most popular cryptocurrency, Ethereum, exchanged to Sberbank accounted for 2% transactions via the service. BestChange press service revealed who and why buys cryptocurrencies in Russia.

Most people using cryptocurrency call themselves investors – that is, people who want to make money on cryptocurrencies. They vary greatly in strategy and behavior. Most of cryptocurrency investors attempt to extract profit from the price moves in an asset – buy cheap and sell high. As a rule, such users make very frequent transactions. The volume of their transactions is also substantial: often hundreds of thousands of rubles, less often millions. With small amounts, this strategy is disadvantageous because of relatively high commissions.

The second group of investors is taking a wait-and-see attitude. They buy cryptocurrency and keep it for better times in the hope that John McAfee’s forecast will come true ($1 mio for Bitcoin by the end of 2020). Typically, such users convert almost all their money into cryptocurrency assets.

Some of them invest a little money, while others spend up to the last penny. They differ from the wait-and-see investors in their goals. They are not so focused on making money on their investments. It is more important for them that the decentralized cryptocurrency could eventually oust conventional currencies from the leading positions in the world. If you ask them about a fair price of Bitcoin, they will not say $10 or $100K. Their goal is “Bitcoin costs one Bitcoin.” Most often, enthusiasts are also miners who occasionally cash out part of their funds to pay for the maintenance of their equipment and their own.

Another major layer of users are regular buyers and sellers. When most people hear about paying with cryptocurrency, they often imagine drug dealers selling heroin or slaves on the darknet. But reality is much more matter-of-fact. Even today, various products can be bought with cryptocurrency, although in Russia this market is very poorly developed compared to the advanced economies such as Japan, South Korea, the United States, or Australia. Vendors begin accepting cryptocurrency for various reasons – some because of the fashion trend, some for tax evasion. The reasons are many. What is important is that now even in Russia cryptocurrency can be used to pay for goods and services.

A small group of people that values the anonymity of payments. Though the ordinary cryptocurrency does not provide the necessary level of anonymity (it is possible to find users of the ordinary cryptocurrency having access to information and resources), there are anonymous cryptocurrencies that do not allow third parties to track down transactions and payers. The most popular are Zcash, Monero and Dash. These are not necessarily illegal transactions, but the biggest part of them is made for goods and services prohibited by law, such as purchasing of drugs, weapons, sexual services, as well as various betting agencies, online casinos and others. But such purchases comprise a very small part of the total number of transactions. According to statistics, cash remains the most common way to pay for illegal goods and services.