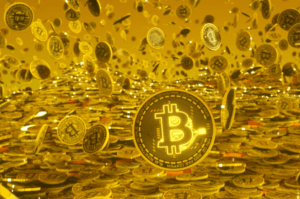 The price of Bitcoin, the main global cryptocurrency, has plunged by 20% overnight. Experts believe that the surge was caused by an unusual order placed by trading robots, RBC news agency reports.

Some traders say there was a mysterious 20,000 BTC ($100 mio) order by an anonymous entity. They believe that the order could have been placed using algorithmic trading. As a result, the price of Bitcoin surged by 20% from $4K to $5K.

The CryptoCompare cryptocurrency service reported that the number of deals using Bitcoin has reached 6 million per hour. As it often happens, other leading cryptocurrencies have also grown. For instance, the price of the Ethereum and Ripple altcoins increased by 10%.

Bitcoin reached its peak in late 2017 when it cost $20K. Many experts forecast a rapid growth of cryptocurrencies (up to $100K) and a whole new economic era. However, the cryptocurrency bubble burst last year and large investors lost interest in it.