Russia’s Hoversurf amazed the public by presenting Scorpion 3, its flying electric motorcycle, last summer. By the end of 2018 it intends to release a flying taxi, Formula which is a five-seat copter, priced at about $ 97 K and looking very much like flying vehicles in Luc Besson’s The Fifth Element. “This vehicle will set up a totally new market”, Alexander Atamanov, Hoversurf founder, claims. Invest Foresight checked the state of this innovative company’s startups. 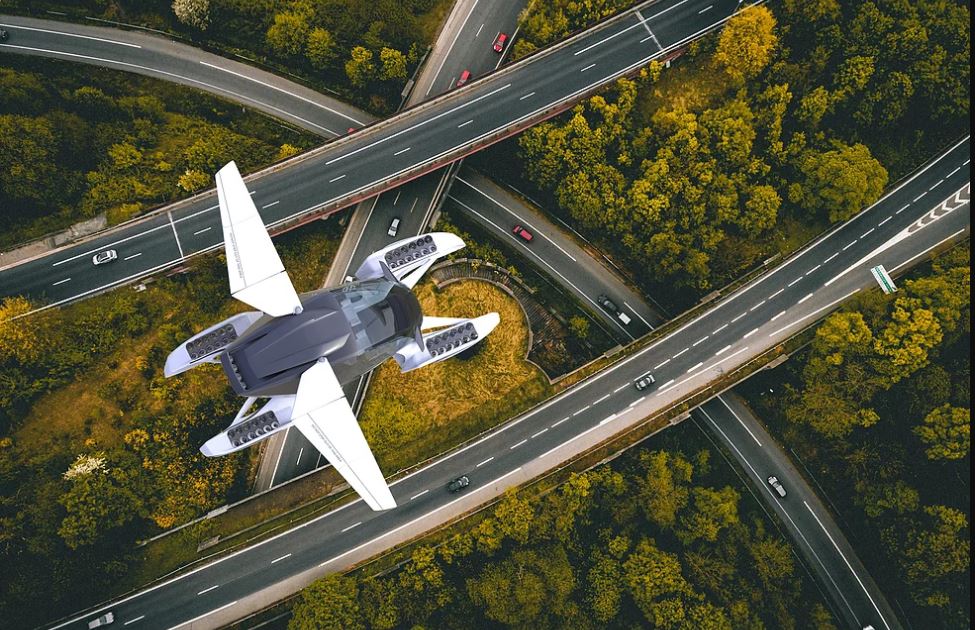 Atamanov lives in some distance from his office in Skolkovo Innovation Center.

“I want to be able to get to my office without wasting time in traffic jams. Everyone wants that”, Alexander Atamanov explains his idea about a flying vehicle.

A Formula prototype is currently assembled in Skolkovo. Hoversurf bought for its production needs a large 3D printer worth $ 100 K. It is now installed in Skolkovo for printing components of the future Formula and possibly Scorpion 3.

According to its designers, Formula will be able to cover 450 kilometers at up to 320 km/hr. The vehicle’s weight and flight height are not yet disclosed. This year, Hoversurf presented its hoverbike (flying electric motorcycle) Scorpion 3. To fly it, a mere notification of the Federal Air Transport Agency dispatchers will suffice. It is not yet clear how it will work out with Formula. By now, no orders to purchase the flying taxi have been received.

As Atamanov explains, “There can not be such orders yet, since the vehicle is a product which will create a totally new market”.

Alexander Atamanov explained to Invest Foresight that Formula is a vehicle which combines the best of a copter and an aircraft which are a backup for each other. If a wing fails, the copter will land. If the copter fails, the aircraft will help to land. Electric turbines of the flying vehicle are powered by electric engines, therefore the vehicle does not need motor fuel. For a flight, its battery is to be charged or replaced. Operation of the electric turbine is based on Venturi effect. Regular air from the atmosphere is injected into the outflow of the turbine thus generating a secondary flow and reducing the noise of the high-speed jet within the flow. The principle of operation of a de Laval nozzle is also used; the internal body of the turbine is made in the form of the nozzle. The dynamic wing copies the wings of birds, and 3D technologies helped to make it light and strong. Electric drives allow to set a required incidence angle from the computer for lift generation or for folding the wings when parked. For the aircraft maneuvering, dynamic wing is more effective than ailerons or flaps since the entire wing surface area is in use.

“The problem of all flying vehicles projects is they are intended for the future, while our project is made for the present. It has become possible due to a revolutionary technology of the electric Venturi turbine and dynamic wing we designed. Thus, Formula is compact in size and does not need propellers”, Atamanov says. “Since there are no propellers, there is no need for an airfield or a helicopter platform”.

In a standard convertible aircraft, propellers rotate to move from vertical takeoff to airplane mode thus causing frequent accidents. Hoversurf aircraft are developed by inventors, engineers and scientists from all over the world. The company describes its achievements in social media and Youtube. Still, experts find some shortcomings in the aircraft.

“More attention should be given to flight controls. The problem has not been solved anywhere in the world”, Anton Usachev, Outdoor Lasers CEO, says. “There are four sensing technologies in the world, and only one of those has a working prototype for the speed below 10 km/hr. It is Velodyne and it is installed everywhere. The others are Quonergy, Bosch, PringstonTech and their less known analogues. But they all are just R&D projects that need few more years to become commercially viable, even though some $ 150 mio have been invested in each of them as of October 2016”.

Atamanov insists the problem of drone visual sensor technology has been resolved.

Where do the bikes fly? 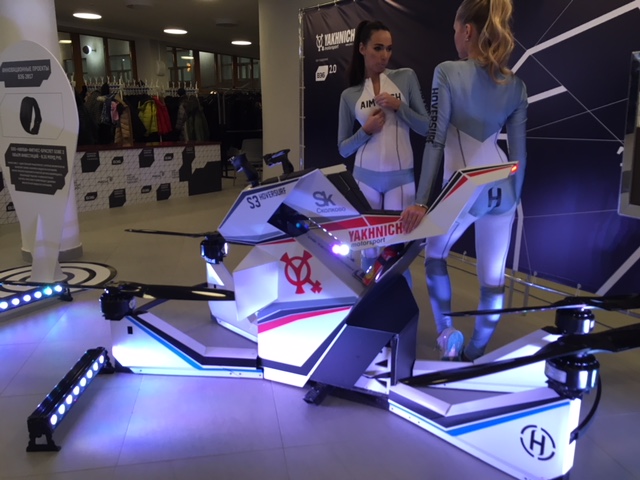 The flying electric motorcycle Scorpion 3 intended for surveillance was presented by Hoversurf at Gitex 2017 Technology Week Exhibition in Dubai in October. As Alexander Atamanov told Invest Foresight, by early December the confirmed preorders neared 2,000. The price of a hoverbike is close to $ 60 K and hence the amount of the preorders is about $ 120 mio. The main customers are Dubai police, sheriffs of some southern states in the US, and some private individuals – everyone who needs to arrive to the destination fast.

Hoverbike is intended to transport one or two passengers, its total payload is 300 kilos. It may be operated remotely and fly at five meters above the ground for 21 kilometers at speed of up to 70 km/hr. Besides, it can move on the ground as a regular motorcycle, in which case its battery lasts for eight hours and its speed may reach 200 km/hr.

A pilot’s license for hoverbike is not required since the weight of the aircraft with a battery is 104 kilos (229 pounds), which is below a 115 kilos threshold.

Last summer, Scorpion 3 performance could be seen at the annual international racing competition, the Cup of the Moscow Region Governor at Moscow Raceway motordrome.

“Dubai police is planning to purchase two Scorpion 3 hoverbikes, but it is most likely just a marketing move intended to amuse tourists and maintain the status of a HiTech nation”, Alexander Yakhnich thinks.

Alexander Atamanov does not specify the place where flying motorcycles will be manufactured.

“We are in the process of choosing among the facilities of production companies”, he says. “Maybe, we will not manufacture them ourselves, but will only develop production technologies of the flying electric motorcycle and the flying taxi. The company holds several patents for that. There is a regulation problem, though. As a matter of fact, legally, this king of aircraft is non-existent in Russia. It may be easier for us to focus on technology development and just sell manufacturing licenses”, Alexander Yakhnich speculates.

“We also manufacture a big heavy drone which can be used for passenger or cargo transportation”, Yakhnich describes the CIT drone made for the Savings Bank of Russia.

“The aircraft looks like a motorcycle, but it is rather a prototype of a platform which can be used to build a variety of vehicles. Ithasamultifacetedfuture. A fleet of all sorts of means of transportation and travel may be created on its basis”, Sergey Gorkov, Bank for Development and Foreign Economic Affairs (Vnesheconombank) Chairman, speculates.