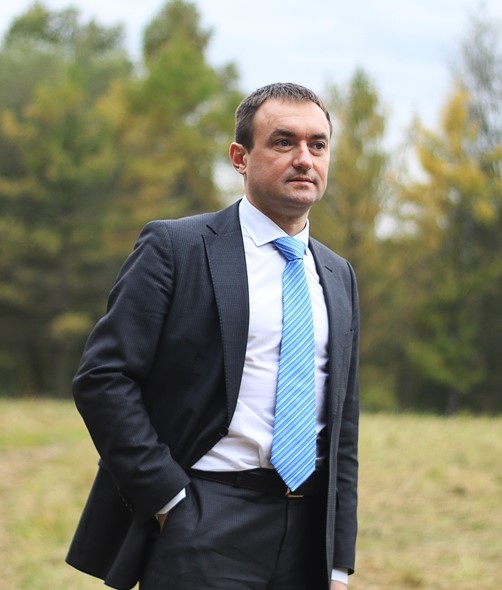 Since 2014, imports substitution ideas are actively promoted in Russia. But are there any effective instruments of government support for that? Certainly, there are some relatively local measures of subsidizing loan rates, limiting government procurement of some items, making target lists of products to be localized, preferential loans from Industrial Development Fund, etc.

Yet in fact there is a much more complex instrument available but barely known to the general public and even professional community. It is the special investment contract mechanism developed and implemented by the Ministry of Industry and Trade of the Russian Federation.

A special investment contract is a special agreement between an investor, of the one part, and the Russian Federation and/or its region and/or a municipality, of the other part. An investor undertakes to launch, or upgrade, or master industrial production by some fixed date, whereas the authorities undertake to provide a stable regulation and a set of incentives.

Such incentives can include a lowered (or even nil) profit tax, an accelerated capital allowance, a simplified access to government procurement programs, a shortened process of granting a Russian manufacturer status, a land allotment without auction, etc. Special investment contracts made on the national level and those on the regional level offer different sets of benefits. The latter ensures significantly less encouragements which are limited by the powers of a region of the country.

All benefits are certainly dependent on a number of requirements to be met. Besides, most of them are granted for a limited period of time only. Generally, a special investment contract is valid until the investment project reaches the operating surplus level and for five more years thereafter, but for the maximum of ten years in total.

There is a set of requirements to the projects themselves. It first of all concerns the minimum investment which for a national level special investment contract is RUR 750 mio ($ 13 mio). It is noteworthy that to make a contract, no launch of new production facilities is required. A special investment contract may be made on the project envisaging upgrading of the current facilities, implementation of the most advanced technologies or starting commercial production of goods that are not yet made in Russia. It should be admitted though that with such sorts of projects it is much harder to reach the required investments level and to meet the regulatory requirements.

A possibility to get a preferential access to government procurements which allows a manufacturer to be extended a special investment contract to sell up to 30% of respective goods to the government agencies, it not totally obvious either. This provision is not a guarantee of purchase, but just an option which is yet to be exercised. The contractual system sets rather strict requirements to the price of products to be supplied under such an option.

It should also be noted the procedure of making a special investment contract is not a mere approval of the submitted applications. It envisages five stages and involvement of the Ministry of Industry and Trade, Industrial Development Fund, regional authorities and an intergovernmental commission composed of 19 members representing 10 agencies. Some stages imply not a regular approval, but some negotiation, which is quite unusual for the Russian decision-making system. There seems to be only one analogous regulation, the 2015 Federal Law On State-Private Partnership. 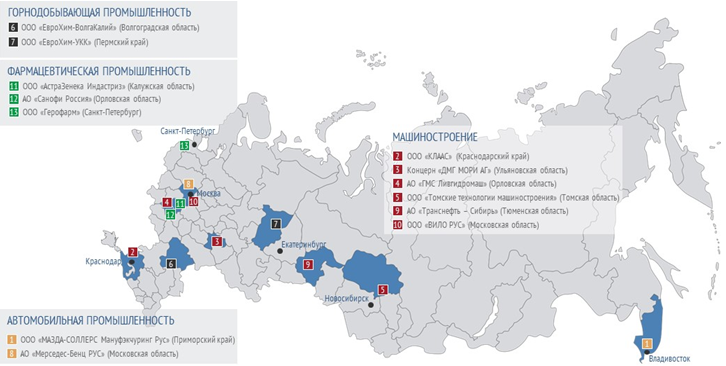 A clear focus on high technologies is quite apparent. In fact, that is what the special investment contracts mechanism was intended for. Engineering and pharmaceuticals industries are leading the list, but even the investment projects in mining are technically sophisticated and far from standard. They imply more than mere raw materials mining, but manufacture of potash fertilizers.

A vast geographical dispersal of the projects is another positive factor. The projects were launched in six Federal Districts, of which none is implementing more than two projects. That evidences the special investment projects mechanism has gained a nation-wide significance indeed and stimulates industrial development in most distinct areas of the country.

Besides, a big share of foreign companies among the parties to the already signed contracts is noticeable. That is not surprising since for many of them being granted a Russian manufacturer status and government procurements access are the issues of prime importance, since special investment contracts are grounds for the most interesting preferential advantages. On the other hand, drafting and approval process for such a contract requires intensive and highly qualified efforts of financial and legal advisors. Foreign companies are less stingy in paying for the services of such professionals, than their Russian counterparts, hence they get better results.

The special investment contracts mechanism may in general be of interest to a broad range of Russian companies implementing sizeable investment projects in engineering, chemical, medical and light industries. The already made agreements evidence that all procedural and technical difficulties are surmountable if a project is economically elaborated, all its legal specifics are considered, and an approval process is perceived constructively.

It would be expedient if the authorities, in turn, specify in a clear and unveiled manner the scale of the support they can provide, the contractual schemes employed, performance targets, mutual penalties, etc. That will ease the negotiation process and allow investors to better assess their prospects at the stage of making a decision on engaging in executing a special investment contract. Besides, for most entities of the Russian Federation enactment of respective regional legislations is most acute, since otherwise regional benefits envisaged by the special investment contracts mechanism can not be granted. Nevertheless, despite the existing issues, practical efforts of making special investment contracts can be commenced right now.

Previous ArticleSmart stadiums in Russia: An own goalNext ArticleFlying cars. Made in Russia