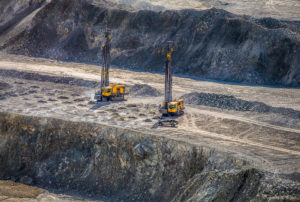 A group of investors including the Russian Direct Investment Fund (RDIF), Russia’s sovereign wealth fund, the Russia-China Investment Fund and a leading Middle Eastern sovereign fund announces the completion of a deal to acquire a 9,53% stake in Intergeo, a metals and mining company and part of ONEXIM Group, RDIF’s corporate web page reported.

The investment is included in the list of the Intergovernmental Russian-Chinese Commission on Investment Cooperation initiated by RDIF and the Chinese Investment Corporation in 2014 to promote cross-border investment projects.

The investment will promote further growth in the Intergeo’s business, including the development of the Kingash and Ak-Sug polymetallic deposits, located in the Krasnoyarsk Territory and the Tyva Republic in Russia respectively. They have significant reserves of copper, nickel and a number of other non-ferrous metals. In particular, Kingash is the second largest nickel deposit in Russia, while Ak-Sug is one of Russia’s top-5 in terms of copper reserves. Total investments in the project aimed at developing the fields and constructing associated infrastructure will exceed RUR 178 bln.

Ak-Sug’s mineral resources include 5.1 million tonnes of copper and 121 tonnes of gold, according to the JORC Code. The planned annual capacity of the mining and processing plant is 500,000 tonnes of copper concentrate. Production is expected to start in 2023.

RDIF and partners’ investments in Intergeo are aimed at the implementation of the national projects “Labour Productivity and Employment Support” and “International Cooperation and Exports”.