The problem of carbon dioxide emissions has been in the focus of attention of the public worldwide. Both the consequences of the emissions and the responsibilities of the major emitters are the subjects of the ongoing discussions.

The statistics recently released by BP offers a new, and a rather unexpected to many, angle for looking at the issue. According to the BP data and quite surprisingly, in recent years the United States has made a great progress in reducing its carbon dioxide emissions. This progress started in 2005. The reduction of coal consumption since 2005 has fallen by 39%. 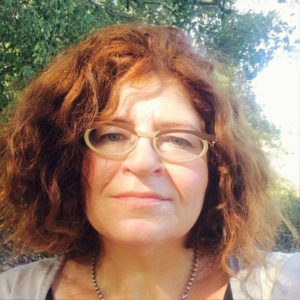 The availability and abundance of cheap natural gas enabled these reductions and this is a trend that is likely to continue. It was not a government policy that drove these changes. Therefore, a free market response is the best response to both decreasing the cost of energy to consumers, and to the demands of CO2 emissions reduction.

In this summary, I present data showing the United States leading the world in the reduction of carbon dioxide emissions. I follow this by some explanations of how it came about. Then, I make a brief outline of one of the consequence of increased carbon dioxide emissions and present some fascinating data with respect to the world’s greenery (in all its forms: taiga, forests, deserts, farmlands) and all other forms, and propose another area where much attention should be paid.

The New York Times published a series of articles on the climate change in August and in September 2018. In these articles The Times sounds what some call the “alarmist” bells with its views presented, and what the American President Donald Trump flatly rebukes. You are not likely to see the above chart published in the New York Times. However, Forbes magazine in an article “Yes, The US Leads All Countries in Reducing Carbon Emissions” neatly addresses each criticism directed at Scott Pruitt, Environmental Protection Agency Administrator. As one example of it, I will cite the criticism of the above chart and Pruitt’s claim that the US leads the world in the reduction of carbon dioxide emissions: the criticism was levelled by the Washington Post: the paper claims that despite the largest reductions, the US is “still the largest per capita emitter”. The World Bank data, as cited by the aforementioned Forbes Magazine article, declares that the United States is the 11th largest CO2 emitter. With this rank, we emit CO2 2.2 times per capita as China, however, what Forbes Magazine notes, “China has 4.3 times as many people, and that matters from an overall emissions perspective.” Forbes sums up the Chinese emissions by stating that its far greater population makes China emit “over 70% more carbon dioxide annually than the United States”.

The United Nations Intergovernmental Panel on Climate Change uses a formula that, in general, states that the higher emissions of CO2, the higher the temperature. Naturally, this is a simplification since the formula is complex and takes into account many other factors. One of these factors is a constant that indicates the sensitivity. The larger the constant, the greater effect in the temperature will be. For this constant, the IPCC has used a large number dating back to research from 2007. Further studies indicate that the constant should not be nearly as large, perhaps it should be half as great as used in 2007 or maybe even smaller. Measuring the changes in climate across the world is also a difficult job and not without controversies. For example, John Bates, a scientist at the National Oceanic and Atmospheric Administration claimed that 2015 data of the Administration was gathered not following appropriate protocols, and thus was not accurate.

Matt Ridley, the British journalist and businessman made a presentation to the Royal Society of in London in October 2016. In this presentation he revealed his review of scientific literature with respect of the greening of the earth. It also appears that the increase in greenery in the last 30 years has been so dramatic that it constitutes about 14% of the world surface. As we know, plants consume carbon dioxide and it appears that the greenery is affected by carbon dioxide through a formula that is a square root, and not a logarithmic function, thus it is more powerful. The debate between the people who believe that carbon dioxide emissions are nothing but bad overall and the people who think that a greener Earth is more desirable is ongoing. The social cost of CO2 is estimated at about $30-$40/ton (see Baker-Schultz Carbon Tax Plan) and the members of the camp who see it as only a bad thing propose a tax on CO2 emissions in order to reduce their production. However, if the increased greenery requires more carbon dioxide and if the greenery can consume the reduced carbon dioxide we produce, the net effect and social cost could be zero.

Local factors such as individual US states such as California and New York have their own plans for cleaning the environment. They may face unintended consequences when/if the cost of living/working/manufacturing there is so high that it becomes a driver to move people, factories and production to other states.