In 2017, according to the US Forbes, the most popular business emigration countries were Sweden, New Zealand, Ireland and Australia with China finishing the list. Business community still has long established stereotypes of China as the country where a business can solely be built on personal contacts (guanxi), where suppliers will undoubtedly cheat on a foreigner, and where lots of things are banned, be that social media or golf. But that false narrative did not stop entrepreneurs Roman and Ksenia Olmezov from Russia’s Primorye Territory. Eight years ago the couple started their Maya’s West Bakery in China. In an interview to Invest Foresight they explained how they had managed to promote Russian baking in one of the world’s most exotic countries. 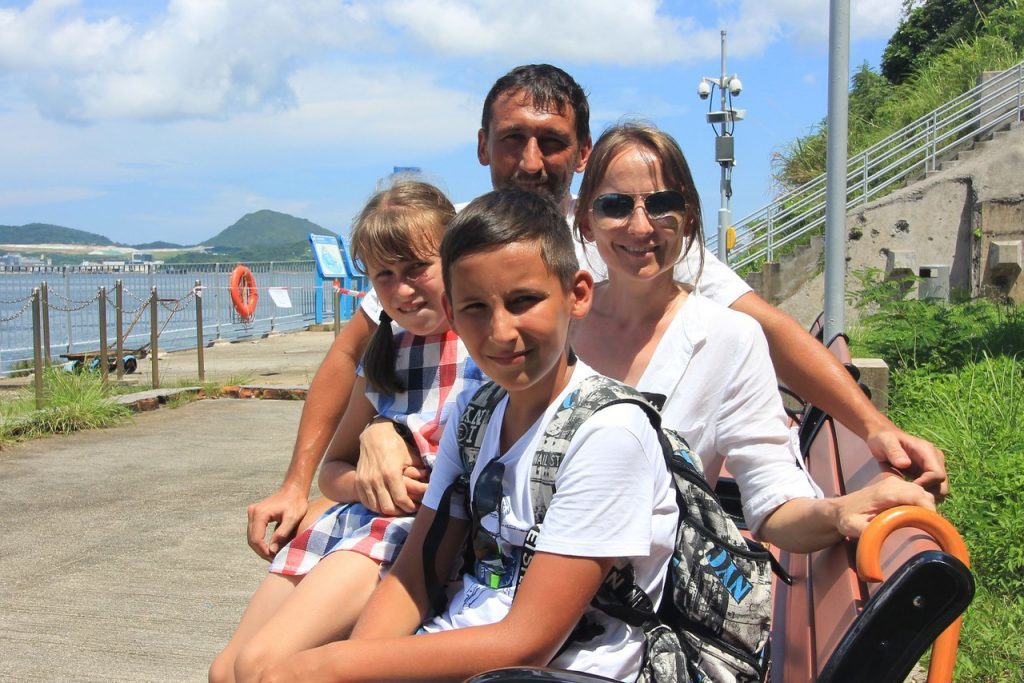 Aimed at the outcome

First, we used to go to China for vacation. (Now, we are certainly aware that there is no point to judge a country after you have had some vacation(s) there.) In 2010, having got tired of our previous trades in Primorye Territory, such as design, advertizing, business administration, we decided to move to Jinhua and open a bakery there, Maya’s West Bakery. Our previous jobs had given us money but not satisfaction. We wanted to be proud of our efforts and see their tangible results, not just financial returns on business imitation. When you hold a freshly baked rye bread loaf in your hands and smell its aromas, or when you hear crackling of wheat bread when it cools down, you come to understand that it is the real life.

We are often asked why we opened a bakery in a country where rice is the top preference. But that is just another stereotype, since Chinese eat plenty of pastries, and truly enjoy them. We had invested $30K in the project. Besides, we were newcomers to baking. We had no education in baking. We based our efforts on our curiosity, Ksenia’s HoReCa diploma and Internet where there are plenty of blogs of professional bakers. Maya’s West Bakery was registered as a limited liability company. If we had knowledge of the language and business mechanisms, we could get through the formalities within one to two weeks. Since we did not know Chinese, it took us few months. For most documents, papers and registration procedures local authorities charged us some really symbolic fees or nothing at all.

We launched our business eight years ago. Things have changed since then. Chinese government favors investments in underdeveloped regions of the country. In Central China, for instance, a company incorporation is now much simpler than in, say, eastern provinces. In Shanghai and other large cities, there are free trade zones now. It is therefore quite possible a company can be registered there in a day now. Statutory capital requirements are now fairly low. It may be the case, such requirements have been lifted at all. 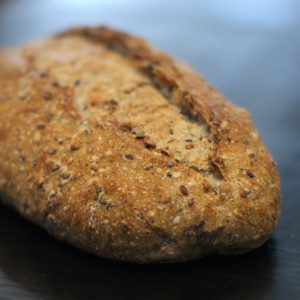 All products for the bakery are purchased online. It does not matter if the products are local or imported. What matters, is meeting our quality standards and technology requirements. Generally speaking, Chinese Internet marketplaces (taobao/jd/1688) offer anything one may need for work or life.

Our bakery started generating profit in three months and repaid all our investments in nine months. In a while, we hired some staff, so now, apart from ourselves, there are five Chinese employees at Maya’s West Bakery. The revenues will not allow buying a Gulfstream business jet, but will suffice to support the family. Our business is now at a renovation stage. We run an offline point of sale and some online stores which makes our regular shop more a supplement. We refurbish our operations in both directions. In our new shop we intend to stop accepting any cash. In China, e-payment systems are commonplace. With mobile applications, one may live months without using any cash or even banking cards. Therefore paper money is a relic of the past.

In our stores, the Chinese/foreign customers ration is varying. Foreign buyers are not merely Russian-speaking people (they in fact are a minority), but a most diverse selection of Americans, Germans, British, Canadians, Polish, Kenyans, Senegalese and others. We do not know much about our online shoppers since a customer is to only leave the name and address and does not have to communicate with a shop assistant.

Still, one way or another, Chinese make up a majority. First of all, because they are a Mathematic majority. Second, they are used to online shopping with subsequent delivery of whatever it is, whether a live poultry or a new car, straight to the door. It never maters, if the delivery is made from the nearby street or from the other end of the country. Third, they do not perceive our bakery as a luxury or a totally new product, so whether they like it or not, it does not have to meet their traditional ideas of baked products.

This business is not seasonal, with exception for the Chinese New Year when everything is closed for a few days, even express mail delivery. The factor of fashion is also present. Foreign residents may all of a sudden reject all traditional things and start eating some most exotic staff. Chinese hardly have any access to the outer world Internet, therefore they are not really concerned about diets.

Doing business in China gives no benefits and in no way implies a residence permit. One has to try really hard to make an employment inspectorate believe one truly needs a specialist to fill in a specific position. They can issue one employment visa to a small company to employ a foreigner, or issue none at all. But if an employment visa was approved, the family can stay in the country with family visas.

The taxes foreigners pay in China are no smaller but no higher than those of the locals. There are options here for simplified taxation, and a lot is based on trust. We pay tax on revenue which we declare and which nobody checks. So we pay 15% of the corporate revenue and 25% of the salaries as taxes. Over a certain limit, salary tax may reach 40%, but that will include medical insurance for an employee and an employee’ child, and pension provisions.

Our adapting to the environment went through various stages. We got accustomed to some things fairly fast while we can not get used to others until now, to the local climate, for example. In January, it may be +25 C in the daytime and 0 at night. There is no visible distinction between seasons, and all you have is hot summer, rainy summer and cold summer. That ruins the time perception. Having lived here for eight years, I still find it hard to get used to the routine when at five in the morning working people are at work already while at nine in the evening the entire city is asleep.

It’s even harder getting used to the mass morning exercises in the open air. They start at five-something with the music transmitted by multiple loudspeakers. You do not have to take part, but will have no chance to sleep until late. The daily physical exercises are balanced out by smoking in any location whatsoever, including lifts. A Chinese will never reprove another Chinese. We, as foreigners, are allowed to ask a smoker to get out or just to take a cigarette from him. That will not frustrate him, but will just surprise a bit.

We have had no problems with local food. Usually, we apply quality standards, not national origin, to define food. It may be a frog or anything else. What matters, is the cooking quality. We are not fond of street food. It is extremely spicy, by the way. So we never attempted to get used to it. Meanwhile, we do not eat imported food only and do not stick to our previous preferences. If we do not have beet root or salmon we can easily eat avocado and turkey.

Advantages of living in the center of the World

Our children go to a regular Chinese school. It is free. Their grades in Chinese are higher than those of half of their classmates. For the grown-ups, it is harder to learn the language. It will take one or two years to freely speak on routine matters. Structurally, the language is not that difficult, but the pronunciation for a newcomer is a disaster.

Talking about advantages of living in China, I should mention safety first of all. Safety is a government priority. Once, our six year old daughter decided to get back home all by herself after her evening dancing class. So police arrived to where she was in five minutes, and the entire route was traced by CCTV cameras within 40 minutes. We have never had problems with crime here, apart from bikes and scooters being stolen. But that was years ago. These days, all cities are packed with nearly free public bicycles, while all scooters are equipped with GPS trackers.

Housing is expensive in China. Prices are astronomical in large cities. But it looks very nice. A residential building will always be accompanied by neat adjacent territory, parks and roads. But the interiors are usually quite clueless. The environment changes here very rapidly. A district renovation in a local manner is truly striking. In Russia, that would mean making a new pavement and painting facades, but in China they literally demolish half of a city and then draw new roads, three times wider, design totally new residential areas. To accomplish that, they need two to three years.

Good roads including bikeways, sidewalks and public transportation are a standard feature. Nowadays, one can get to virtually any destination in the country within hours, using bullet trains which run at 300 kilometers per hour. Within ten years, they promise to launch trains which will be twice as fast. Regular city buses are now being replaced by BRT (bus rapid transit), electrobuses which use a special lane between bus stops and strictly follow the schedule. But the environment is a big problem in many regions. That is one of the reasons for authorities to actively relocate infrastructure and industrial facilities.

Having lived in China for eight years, it may now be interesting for us to work in some cold European country, such as Norway. If we do not like it there, we can always come back here. Now, China fully corresponds to its endonym, Center of the World.