Russian Venture Company, one of the leading national development institutes, has presented its new investment strategy which was approved by the Board of Directors of RVC on June 27 and will shape the institute’s activities for the next few years.

RVC is in fact a fund of funds. It contributes its resources to share capitals of venture entities owned by other business investors. Nowadays, RVC backs 26 funds with aggregate capital of RUR 35.7 bln ($0.57 bln), of which RUR 22.7 bln are RVC’s own funds, i.e. about 64% of the RVC backed funds’ capital is government money.

The new strategy’s major provision is the share of the government company in new venture funds should diminish while the business investors’ share should grow. It is anticipated RVC’s money in new funds should not exceed 30% to 50% of their capital. Exceptions will only be made for the funds set specifically to finance government programs and the National Technology Initiative where RVC’s share may reach 70%.

RVC has decided to improve cooperation with their partners overall. Management teams for new funds will be selected by independent experts through scoring and open contests. A rule has also been set that no less than 1% of a fund’s capital is to be contributed by the management team itself.

While reducing its share in the new investments, the corporation intends to start developing a range of services which could be consumed by all venture industry participants such as funds, investors, startups and portfolio investment companies.

Specifically, RVC plans to expand the network of its foreign representatives which operate as contractors and are capable of contributing to advancement of Russian projects to foreign markets. Besides, provision of such services as investment projects’ analysis, assistance in attracting international investments and help in dealing with government agencies, is also envisaged. Investors will get a full cycle service of launching a venture fund. In addition to being a source of investments, RVC thus aims to become a services provision platform.

Regarding RVC’s internal arrangements, the new strategy’s major aftermaths will be the establishment of an Investment Committee. Until now, investment committees only existed in the company’s subsidiary funds. 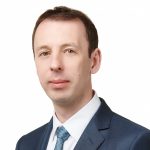 As Alexey Basov, RVC Deputy CEO and Investment Director, explained to Invest Foresight, the new committee is to approve investment decisions on the corporate level. It will include company executives, independent experts, and representatives of large companies who are known to have unique competences.

The new strategy includes a classification of venture funds which RVC is ready to deal with in the immediate future. Such new types of funds are understood as new instruments for the development institute’s operation. A most interesting item on the classification list is a young managers’ fund. Such an instrument was invented as Russia’s market lacks experienced professionals capable of managing venture funds. In order to increase the number of management teams, RVC intends to facilitate development of investment entities launched by newcomers to the ventures market who previously operated in other industries. Yet such newcomers must have some entrepreneurship or investment experience. The strategy specifies that a young managers’ fund may not have capital above RUR 1 bln ($16 mio), RVC’s investment may not exceed RUR 250 mio, while the young managers’ share may not be less than 5%.

Besides, to further develop its running investment projects, RVC plans to set Late Stage Funds where RVC investments should not accede RUR 1.5 bln whereas share capital should be under 20%.

Invest Foresight asked if RVC-managed funds can finance foreign projects, and Alexey Basov explained that the new strategy contains a range of criteria a foreign project has to meet for that. Besides, a subsidiary fund of RVC can provide financing in case a foreign company intends to make investments in Russia, transfer technologies, create jobs, or if a foreign project is a Russian company’s international expansion component.

Over the next three years (2018-2020) RVC plans to launch ten new venture funds of anticipated profitability of no less than 8% per annum.