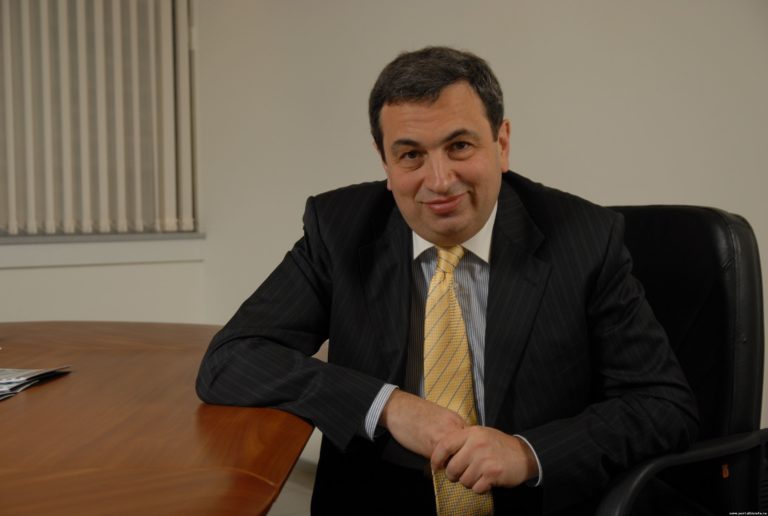 Yakov Mirkin, PhD, Head of the Department of International Capital Markets at the Institute of World Economy and International Relations of the Russian Academy of Sciences (IMEMO).

It is a month till the end of 2017. What is the performance of Russia’s economy at the yearend and what are its prospects at the foreseeable future? We see economic performance degradation as compared to the beginning of 2017. On the one hand, it is clear this means stagnation. On the other hand, the advantages of the growing commodities (except cereals) prices and the stable demand for Russian exports are quite evident. It is not only oil that is in demand, but also natural gas and all major metals.

The sectors of accelerated economic growth are clear too, they are defense industry, grain growing, pharmaceuticals industry. Within construction sector we have experienced a miracle in flagstone production which more than doubled since 2010.

Still, in general, all that is more a décor to the bitter reality.

The population’s real earnings are declining at an accelerated rate. Investment crisis is still strongly felt and the savings ratio is low at around 20%. Architectural construction materials production is down. National economy is still financially frozen and functions in conditions of a moderately tough monetary policies. We have a budget deficit austerity in certain spendings.

The national currency is overvalued and that pushes down profitability and economic activity while regulatory costs keep growing for a number of years. True, there are growth areas, but overall that is a crutched economy where the authorities artificially arrange sheltered life for certain industries in certain regions.

Technological hazards are high since fixed assets depreciation is accelerating. In the motor industry some growth may be noted, though. It can also be mentioned that 300 to 350 machine tools are now produced monthly instead of 180 to 200 as before, but that, at the very best, is still 60% of the asset retirement.

This year our share of the global production shrank again, as the global economy is advancing much faster than Russia’s. The average growth rate in the world is 3% with China and India growing at above 7%.

We therefore see some stagnation or a very fragile economy where carry trade has been booming in 2017, whereas inflation normalization is still doubtful. Industrial prices (unlike retail prices) climb up at about 8%, while freezing of prices and tariffs regulated by the government – which this year was the basic cause for the suppressed inflation – may have adverse results after the 2018 presidential election is behind, just like it was in 2013 and 2014.

Nowadays, Russian economy is most sensitive to external shocks and growing sanctions. In this regard, it remains unstable. It finds itself in a gloomy landscape on the one hand, and in a highly seismic activity area, on the other.

The forecasts are, the next year will be generally the same. The basic scenario is very much like that of today, supplemented with many optional specifics.

Ruble’s exchange rate to dollar and euro is a big question. In 2017 dollar was growing weaker and that helped the raw materials prices to climb, but if dollar becomes stronger, global prices of commodities may start declining. Subsequently, that will stimulate a weaker ruble. The response of the international financial markets is at great risk, and there is a great danger a financial infection may get to Russia from abroad causing a real financial storm.

Geopolitical risks continue escalating, especially in Asia with North Korea. It is impossible to assess the consequences of a military confrontation there.

As for the domestic situation, it may be expected that the Bank of Russia will continue lowering its key rate to gradually stimulate domestic lending. It should be remembered though that the national banking system is now in a poor state and the risks of default of crucial banking institutions remain high. We now find ourselves in a foggy and grayish land with only occasional sunshine and with rare sure footing which can help to get out. I will be delighted if we gather good cranberries on the way. But we are in swamplands anyway, so a wrong step may become lethal. The most essential is, retardation and technological risks will keep accruing. We should not let ourselves be deceived by the booming Moscow economy, as it is just a façade of Russia and it is causing a progressing disparity and divergence between the country and its capital.

We witness a major imbalance in regional policies which may over time result in overconcentration of financial and economic resources in isolated hubs instead of stimulating business activity and improving living standards nationwide. The good signs should not be ignored. It was once again confirmed in a presidential executive order that for Russia’s territories the main performance barometer is a growing life expectancy. All sorts of statistics are essential, but the above target setting is a more adequate roadmap for the regional and national being.

What are the top priorities? Where should investments primarily go to? They must go to increasing life expectancy and improving living standards around the entire nation. That is the only way to stimulate a systemic upsurge in business activity and to help Russian economy grow at an ultrahigh speed.

Previous ArticleRobot Stas, your tax advisorNext ArticleSmart stadiums in Russia: An own goal