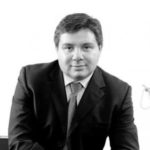 Forecasting ruble exchange rate is becoming useless. The price of oil, traditionally major factor impacting the ruble exchange rate, has been over recent years and months supplemented by a new factor, which in the short run is even more influential. That is the sanctions imposed on Russia by the West, the US in the first turn. Last April was meaningful in this regard, as the US toughened their sanctions now aimed at some representatives of Russia’s big business and the companies under their control. That made the ruble exchange rate nosedive. It rolled back to the level of 1.5 years ago to become well above RUR 60 per USD and even close to RUR 65/USD. Yet, in late 2016 oil was traded at $54 per barrel, while in April 2018 its price was above $70 per barrel. That means, oil prices are getting less significant for the forex market. The situation is aggravated by the fact the sanction measures is almost impossible to predict, as was evidenced by the latest US actions against Russia’s Rusal and Renova.

True, after the news that in the immediate future there will be no further US sanctions against Russia, ruble started gaining weight. But how will the situation evolve in a few months’ time? If there are no further sanctions as severe as the ones just imposed, Russian ruble exchange rate must be gradually lowering in an environment of stable and rather high oil prices. The situation will also be positively effected by the ultimately resolved problems of Rusal and other sanctioned companies owned by Russian oligarchs.

The major threat though, may be expanding sanctions onto Russia’s sovereign debt. As for the domestic policy factors, they have smaller influence on ruble exchange rate than Russian foreign policies and may include an appointment of a new cabinet and other political novelties. Though the fiscal period is approaching, it will have no impact since the deadlines are known in advance and hence there are no suddenness risks. I do not think Russian Central Bank’s interference may be expected, since it over three years ago let the national currency freely fluctuate. Over those years, exchange rate has been solely determined by the market. Scenarios in which the Central Bank may resort to currency interventions, seem Apocalyptical, therefore there is no point in discussing them. Few days ago, Russian Central Bank resolved to keep the key rate. Most probably, that will positively influence ruble exchange rate in the short run. A higher key rate is now unlikely, unless there is a drastic loss of ruble’s value, an uncontained inflation rise, or a substantial oil price drop.

What should people planning to go for vacation abroad do? When is the right time to buy foreign currencies? The main thing is, not trying to guess when the exchange rate is most beneficial. The purchase should be made when funds are available or when the need has really arisen. Given unpredictability of the national currency exchange rate, foreign currency should be bought shortly after a tour is purchased or right before the trip. Having done that, one should just enjoy the holiday.