Venture market in Russia has not fully recovered after 2014 crisis year with its volume still at low levels. Even five years will not suffice to see pre-crisis figures. That was a forecast of the National Innovations Report drafted by the Russian Venture Company, Economy Ministry and Government Expert Council.

In 2017 the venture deals volume reached some $120 mio with an average deal being at $0.8 mio which is one third of the deals in German and French markets. According to the report, the major player in the Russian venture market is still the government. It was the activity of the government funds that in 2017 resulted in an upward trend in the sector. The market development is also hampered by a very small number of projects which deserve investors’ attention, whereas investors’ activity is very much restrained by most limited divestment options.

As a stimulating measure to develop venture investments market, the Russian Venture Company suggests allowing insurance companies, banks and pension funds to invest in startups, guaranteeing tax deductions for accelerators and business angels, and even facilitating entry visas issue for foreign investors. Invest Foresight approached Russia’s venture market participants for comments on the things to be changed in the industry and the measures which should improve the market situation.

No doubt, the country faces a low startup base problem, Alexander Rumyantsev, a venture investor, admits. The problem is a natural consequence of non-existence of a systemic support for startups launch in the market. 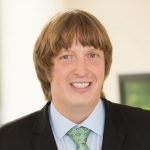 “I think there are about 20,000 startups in Russia. One can meet representatives of any startup, write them a letter, or invite them to a social function. Yet no attention is paid to geenfield startups, nobody thinks of arranging adequate conditions. That’s why we make no headway”, he says.

Unless there are clearcut rules and regulations in the market on launching startups, there will be no explosive growth in the industry, Alexander Rumyantsev believes. He notes that in other countries such a methodic support does exist and is most valuable for the markets, meanwhile in Russia there is nothing but vacuum.

“There is nothing at all on launching an IT – or any other – project from ground zero”, Rumyantsev states.

Nowadays, startupers get such a methodologic support from the Venture Accelerator project where Rumyantsev is an investor. Nevertheless, a government support would be most valuable for the industry too. At the moment, government agencies actively search for startups which are already present in the market. Yet it is also worth paying attention to developing an educational ecosystem for the future entrepreneurs, i.e. there should emerge a national – and free – system of teaching technology entrepreneurship from square one.

“Support should be in educating, not in scanning and viewing”, Alexander Rumyantsev resumes.

Learning from the mistakes of others would be useful for both freshmen entrepreneurs and investors (who are on the other side of the venture market barricades). In this regard, information sharing among market participants would be a helping hand to the entire industry. Currently, Russia’s market lacks interaction within the venture ecosystem, Andrei Kosmach, Investment Projects Director at Softline Venture Partners, believes. 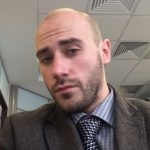 “In other words, there is no straightforward feedback among investment funds, corporations, accelerators, startups, incubators, business angels”, Andrei Kosmach explains.

A most important issue though is the fact the country lacks a good quality platform for exchanging information between experienced (and successful) entrepreneurs and newbie teams going into investments.

According to Andrei Kosmach, to develop national venture market, it is most desirable to produce a reliable roadmap for cooperation of all venture community players. That is how it happens elsewhere, including in Silicon Valley, he notes.

“500 Startups and YCombinator accelerators, for instance, actively share projects, while leading entrepreneurs share their experience with the amateurs”, Kosmach says.

From the viewpoint of resolving the divestment problem, there is a hope for a more active attitude of government corporations.

As Andrei Kosmach reminds, Russia’s president, speaking at St. Petersburg International Economic Forum back in 2017, instructed national government corporations to set divisions and venture funds, responsible for investments in small innovation companies. In case that materializes, an active expansion of corporate funds in the Russian market in the near future may help resolving the divestment problem for private funds and investors, the expert believes.

Activities of corporate funds may be partially stalled by brain drain, since dealing with major corporations is more attractive for startups from the point of view of gaining access to their sales channels, client database and technologies.

Any government ordered investments will hardly be of use to startups and will certainly bring no improvement to the market landscape since they shape an artificial environment, Daniil Kozlov, Business Development Director and Managing Partner at Global Venture Alliance, assumes. As a result, many startups move overseas where there are prospects for a venture growth, whereas in Russia a growth may only be organic, i.e. through sales. The prime thing to be ensured is making the environment facilitate attraction of investors, he specifies. 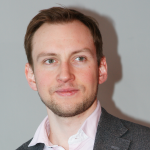 Yet it is extremely hard to specifically name the conditions which should be offered to investors, to make investments in Russian startups more attractive than investments in startups in San-Francisco, London, or Singapore.

A priority goal for Russia nowadays is certainly lowering political risks, first of all in order to attract Western capitals to the market. Otherwise, the capitals will not move in here. There is no point for Russia to bet on Chinese capitals as an alternative to the Western resources, since Russia’s market is hardly attractive to them.

“In China, there are more unicorn startups launched now (2017 data), than in the US. Why would they care about our market?” Kozlov sums up.

Venture market development could be supported by new investment instruments, including crowdinvesting platforms. Market participants expect that new laws will provide such marketplaces with a possibility to deal with securities, and will simplify issues registration for small and medium businesses.

According to Konstantin Shabalin, CEO at StartTrack crowdinvesting platform, joint crowdinvesting could solve a number of problems in the Russian venture market. That may mean a possibility of an active participation in deals for investors with limited resources. These days, they experience certain hardships entering the market. 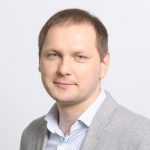 “Most Russian expanding entities are limited liability companies. Under the current laws, they can not have over 50 partners. Therefore, when attracting funding, entrepreneurs usually are not interested in investments under RUR 1 mio ($16K)”, Shabalin estimates.

Whereas a joint stock company has no restrictions on a number of participants, therefore a threshold investment may be as low as RUR 100K.

“That can attract new investors and help reducing risks through diversification”, Shabalin underlines.

He mentions that in the Western countries an IPO is a key mechanism of funding small and medium businesses. Such an experience could be successfully used in Russia thus fuelling the venture market development. StartTrack has already arranged an IPO crowdinvesting. Some company has placed an offer at the platform, whereby an entrepreneur undertakes to register a joint stock company and pass onto it the control over his business, while investors will get privileged shares. Such a deal will be regulated by the Civil Code and the laws On Securities Market and On Joint Stock Companies.