Brooklin Grange city farm in New York uses two city roofs to produce over 23 tons of vegetables a year. iFarm Project, a startup from Russia’s Novosibirsk, intends to launch a similar project in Russia. The team will grow fresh vegetables, berries and herbs all yeararound at greenhouse vegetariums. Operation will be fully digital and will hardly need any human involvement in the future. One of such greenhouses will soon appear in Skolkovo Technopark. 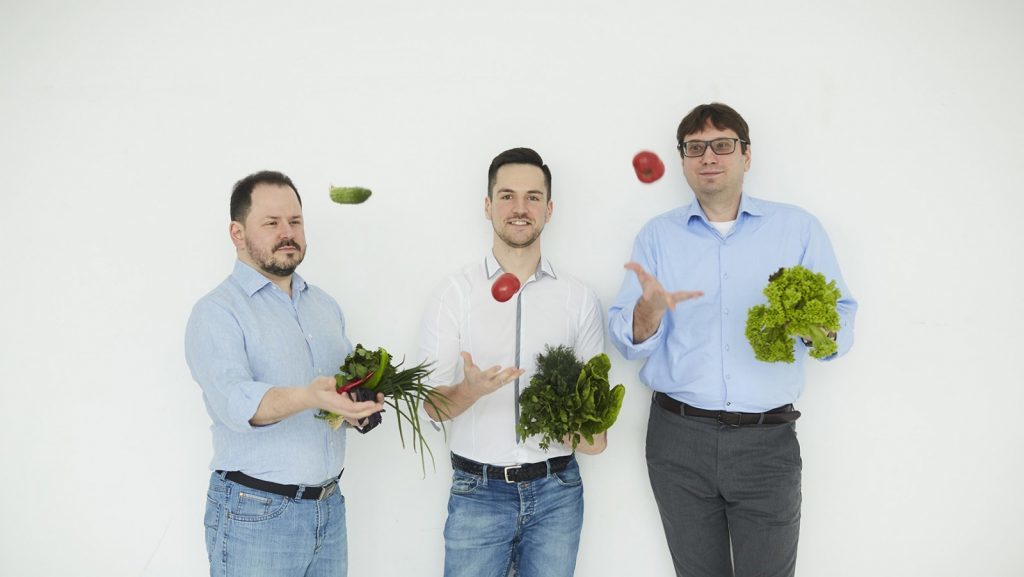 “We act as integrator putting together, within the project, the technologies already employed at the market. Our know-how is an IT platform and software”, Maxim Chizhov, iFarm Project’s Executive Director, says.

The company plans to have all processes inside greenhouses computerized. A life cycle of a plant, from seed to basket, will be taken care of by an IT system developed by the project engineers. The system uses technology cards for all crops. At every stage of growing every crop most favorable conditions will thus be ensured, including microclimate. The system monitors a variety of parameters such as humidity, temperature, СО2 level.

The company has fully computerized planting process. It has developed Farmbot, a special robotized system which according to a set trail digs holes for seeds and then performs planting and watering.

At growing and harvesting stages, a lot of manual labor is nevertheless required, as cucumbers must be tied up, strawberries must be pinched, and all that may only be done manually, Maxim Chizhov explains. Harvesting is the most difficult aspect for employing robotization. When cucumbers are picked, the system is to use its computer vision to identify a green cucumber against green leaves in the background. Tomatoes will have to be analyzed taking into consideration their color and turgidity. To do that, there are special sensors. The technology will also be able to identify weedage, to automatically do weeding, and to check readiness of rootstock for planting. 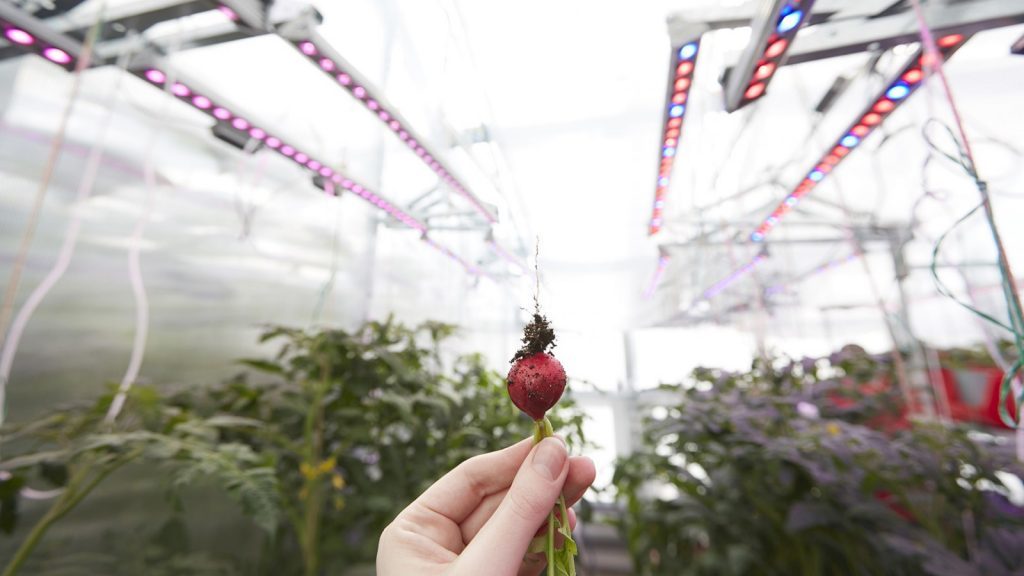 In the future, people will have Food IDs, an analogue to a medical record, containing data on their food preferences, nutrition restrictions and recommendations, Maxim Chizhov believes. Smart greenhouses will use such Food IDs to cultivate plants according to personal needs. According to his assessment, that may become reality in five to ten years.

“That’s exactly what we are going to promote”, he says.

The idea of the project was conceived by a well-known IT entrepreneur Alexander Lyskovsky, founder of such companies as Foodnet and Alawar (Dream Farm, Farmscapes, Gardenscapes, Farm Frenzy developer). iFarm Project built its first trial greenhouse less than a year ago in Novosibirsk. It now produces tomatoes, radish, and cucumbers. In partnership with Uniscan Research, the second greenhouse will within days be launched in science campus of Novosibirsk. Uniscan Research is the developer of the second generation computerization system for the project. The project is now negotiating with production companies which can manufacture module structures for the future greenhouses. That will make their installment faster and cheaper.

The company now offers various greenhouse options (of 100 and 500 square meters), solutions for roofs and greenhouse extensions to residential buildings. A module of 100 square meters is priced at RUR 3.5 mio ($55K) and has a pay-back period of 3.5 years. To start a greenhouse operation, one merely needs space, water and electricity.

Full scale sales of equipment have not started yet, but iFarm Project has already got 260 requests from prospect franchisees stationed everywhere from Kaliningrad to Vladivostok or even abroad. It has been decided the company will for now develop in Siberian Federal District and Moscow Region (a construction of a 500 square meters greenhouse in Bronnitsy nearby Moscow is now being negotiated). PIK developer is also interested in the project and considers an option of installing iFarm Project’s greenhouses on the roofs of the residential buildings it erects.

“We are an IT company which sells vegetables”, iFarm Project states. 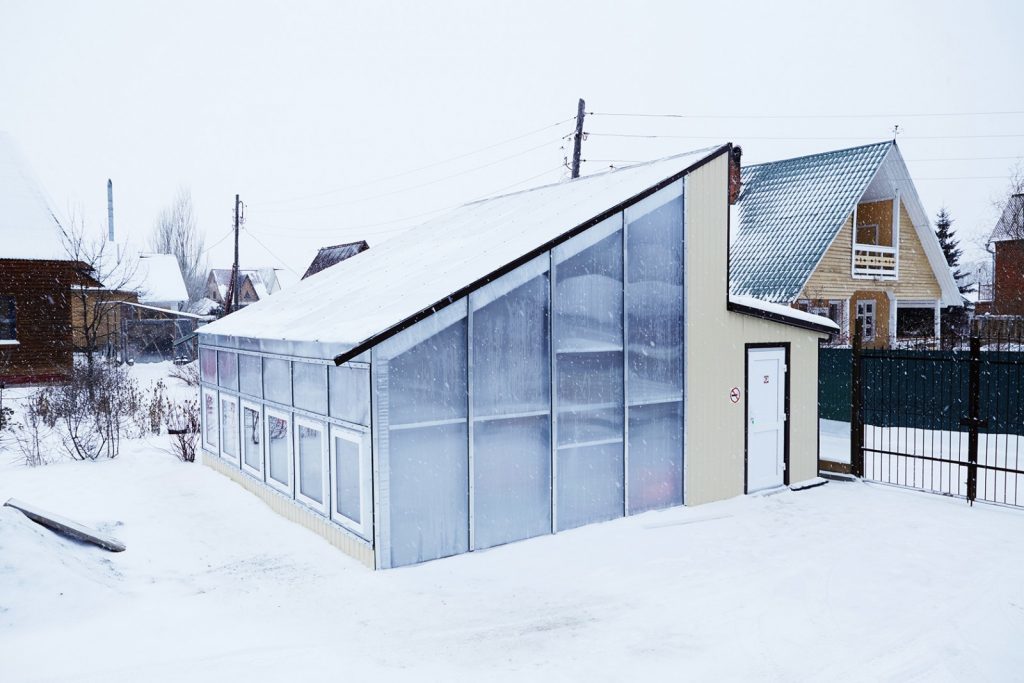 It plans to start supplying its products to retail chains and restaurants. The company intends to grow organic food on soil substrates. That may be another challenge though, as currently, in Russia there is no legislation to regulate the market of organic products. Besides, organic produce suggests outdoor growing (with no greenhouse use) far away from industrial facilities and subject to obligatory soil certification, whereas most of greenhouse farms practice hydroponics, primarily because of a greater efficiency.

Consumers are concerned about the quality of the food on sale, hence organic food can successfully occupy its market niche, Yekaterina Babaeva, Interagro CEO, believes. The European markets’ experience shows that organic food is commonplace there being a tough competitor to ordinary agricultural produce, she notes.

Nowadays, city farming is gradually becoming a more available format of producing fresh food, primarily due to continuously cheapening diode lighting. Demand makes quality improve. City farmers do not have a long logistics leg, therefore their products may ripen in their garden beds. In Russia, the sector development is further triggered by people’s traditional habits.

“We have got a good engineering school. Everyone has a country house. So our nation is more predisposed to embrace city farming. In many Western countries people would believe tomatoes grow in supermarkets, just like money grows in ATMs”, Tatiana Dubovskaya, CEO at UrbaniEco business school and equipment manufacturer for city famers, explains.

She admits though, that hydroponics projects develop faster.

“If hydroponics is right and not a matter of saving, the outcome will be perfect”, she adds.

iFarm Project does offer its franchisees vertical farms as well, which, if a client wishes so, may use hydroponics. Yet the company always underlines that products grown on natural soils have better taste.

In Russia, an amateur city farmer has a broad choice. A small farm may be assembled of OBI readymade sets. A module structure can be bought for three or four thousand dollars. There are also solutions which are ten times more expensive (including those offered by UrbaniEco). Yet in general, the market is totally underdeveloped. There is no tested solution involving LED lamps. Everyone and everywhere (not just in Russia) has to go and is going through experimenting.

“Our startups as well as major international companies such as Panasonic, Philips, etc. – everybody is trying to develop ideal greenhouse operation systems”, Tatiana Dubovskaya says.

She stresses that nowadays Russian teams have a chance to occupy a market niche. The iFarm team, she says, is doing great. The more there are attractive cases and success stories, the more people will get involved in the industry. It will be the market to decide which of those survive. The ultimate decision makers are economics and consumers.