Doctor Smart, a remote medical advice service, is in operation as a pay service since April 30 in Kazakhstan, Byelorussia and Ukraine. In Russia, the telemedicine platform services are yet unavailable due to the fact that Russia’s Federal Supervision Service for Communications, Information Technology and Mass Media has blocked Amazon where some of Doctor Smart’s data is stored. Invest Foresight learned the details of the story from Pavel Roitberg, co-owner of Smart Telemed which manages Doctor Smart. 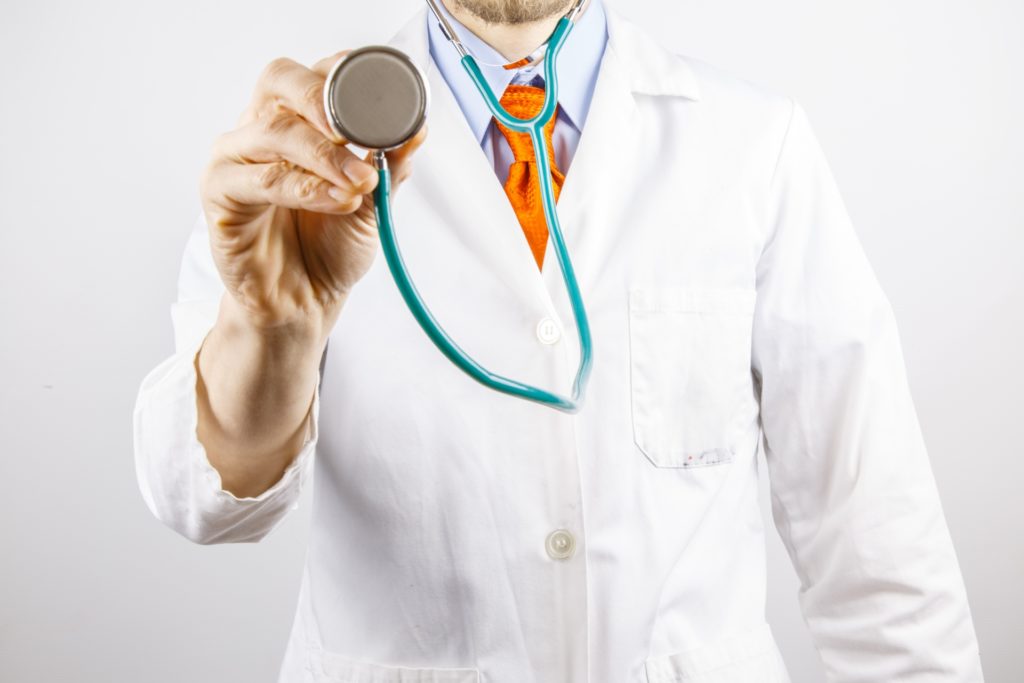 What is Doctor Smart

Doctor Smart is a remote medical consultancy service. Its users can get an online advice from general practitioners, nutritionists, veterinary surgeons, etc, arrange a visit to a clinic or to a laboratory for a test. By now, the platform has signed cooperation agreements with 430 clinics and medical online services in Russia. Doctor Smart platform has been adopted, among others, by the Best Clinic, Third Opinion medical neural network, Citylab Laboratory (part of Delrus owned by Yulay Magadeev), etc. Via Citylab, its patients can undergo medical tests, have them paid via a mobile application and get the results and therapist’s comments in an e-format. Third Opinion medical neural network is capable of distinguishing radiographs, MR imaging, CT scans and histologic study results by employing its AI.

A consultation via the platform is priced at about RUR 400 ($6.5) which is comparable to the competitors’ prices.

The project is managed by Smart Telemed Ltd. which is, according to Kontur.Focus service, equally owned by Pavel Roitberg and Vladimir Nikolsky, Vice-President of Mail.Ru Group of internet resources. The two partners invested in Doctor Smart $1 mio each. Both of them are in some way related to the medicine business. Nikolsky’s Mail.Ru, for instance, runs a medical information/advice resource, Health Mail.Ru, whereas Pavel Roitberg is a son of Grigory Roitberg, co-owner of Medicina Joint Stock Company, who in 2014 appeared on the Forbes’ list with a $450 mio personal wealth.

Doctor Smart started operating in early April by offering free medical advice via Facebook. “We have assisted hundreds of people”, Pavel Roitberg says. Since April 30, Doctor Smart intended to launch provision of paid medical advice in Russia, but the platform happened to be unavailable for the local users, since Doctor Smart stores patients’ personal data in Russia while its cloud servers are based at Amazon and their IP addresses were hence blocked by Russia’s Federal Supervision Service for Communications, Information Technology and Mass Media which has been attempting to paralyze Telegram messenger’s (and subsequently, all IP addresses it uses) operation in Russia. Once the turmoil settles, Doctor Smart will start providing services to Russian nationals.

Doctor Smart is the only telemedicine platform in Russia which uses blockchain and Artificial Intelligence in its operation. Major IT companies in Russia such as Yandex, MTS (Medsi clinics chain) and Megafon (TelemedHelp) with telemedicine projects of their own, have not yet employed these modern technologies. Doctor Smart will use the blockchain technology to make up an aggregated medical treatment history for each patient containing information on all and every consultancy request, medical test, sports trackers data and recommendation given. The technology will also allow storing data on all specialists and their certification and offering it for an open access. AI will check medicines and medical advice quality and their correspondence to the international standards. That service will be free.

“We developed the initial component of the AI which evaluates doctors, two years ago in Medicina clinic in Moscow. A project like that can not be implemented instantaneously, even if a hundred brilliant IT professionals are employed, since it requires a substantial respective experience, including that in medicine. Other companies will also have to take this approach”, Pavel Roitberg says. Yet the platform participants in Russia are reluctant to employ blockchain, even though telemedicine companies are fast expanding elsewhere.

Doctor Smart will likely employ two blockchains, Etherium and Quorum. The reason is, the startup owners intend to handle up to two million transactions daily (and that is in Russia only), whereas Etherium can only coup with 200K transactions per day. Besides, Doctor Smart plans to build up an international service. For such purposes, Etherium is too slow in dealing with each transaction and therefore can not handle a sufficient number of transactions a day. At the moment, Doctor Smart is about to launch, for internal testing, Quorum blockchain developed by JP Morgan bank. This open code blockchain is compatible with Etherium but is manifold faster. Besides, Quorum is nearly free, while every Etherium transaction costs $5 to $20. A smart contract allows to only transfer client’s money once all doctor’s obligations are fulfilled. Doctor Smart charges 1% of every transaction.

The founders of the service expect that by the yearend Doctor Smart will handle ten or more thousand consultations a day for which 2,000 doctors will suffice. A consultation by each doctor should not be over 15 minutes. In Germany, for example, the time is half of that. Roitberg believes that if a doctor can not give a proper advise to a patient within the time set, that means a different specialist is required for that patient. All doctors will have to pass Doctor Smart’s exam to ensure the quality of their service.

But the incomes of such doctors will be substantially higher. While an average monthly salary of a doctor in Russia is RUR 20K to 25K ($325 to $400), at the Doctor Smart platform a doctor can make between RUR 60K and 100K ($965 to $1,600) a month. High salaries are to the benefit of Doctor Smart, since the higher the revenues of the doctors, the higher are the profits of Doctor Smart. The platform’s annual earnings (including doctors’ incomes) may reach RUR 50 mio ($800K).

What is wrong about telemedicine?

Remote medical consultancies in Russia were legally formalized by the law on telemedicine which is in force since last January. Under it, doctors can now give advice and make prescriptions remotely. That allows patients to get services of doctors stationed in various cities and countries which is specifically important for residents of secluded settlements where no clinics are usually available at all.

Some bylaws though, stall the telemedicine law implementation. Patients, for example, must be verified by national Uniform State Information System for the Healthcare and Uniform Medical Information and Analysis System. But those systems refuse to grant access to private medical companies. Besides, Uniform State Information System for the Healthcare is to approve the charges for medical services and can put a ban on payments to doctors of private clinics. Healthcare Ministry, in turn, does not insist on such verification of patients.

Market participants are now looking forward to the law amendments and continue their operations.